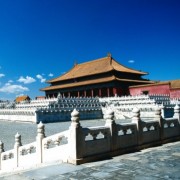 Truly a world city Beijing is the political and cultural capital of China.  Born of a history that is more than 3,000 years, the city draws from this rich well of civilization to reflect the nation’s aspirations for the future.  Since the 12th century Beijing has been the centre of power for the country and today it leads China into the future, a city of 20 million home to leading universities, medical and technology research centres, cultural institutions and a thriving business community.  For the traveler Beijing is the gateway to China’s extraordinary historic achievements like the Great Wall, the Forbidden City and the Imperial Summer Palace as well as being a mirror to the country’s future. 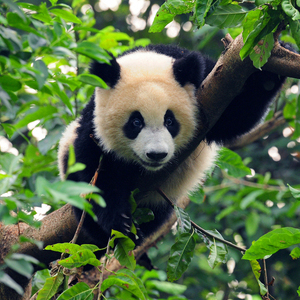 China’s most livable city and one of the fastest growing business hubs in the country, Chengdu is a heady mix of ancient and modern, traditional and fun.  It is the undisputed culinary capital of southwest China famed for its fiery hotpots and piquantly flavoured Sichuan dishes.  The city is home to more Fortune 500 companies than any other city outside of Shanghai and has paid close attention to future development investing in sustainability and eco-friendly projects.  Travelers come for many reasons but one of the most engaging is a “Close Encounter of the Panda kind” at one of three Giant Panda Breeding Centres located in and near the city. 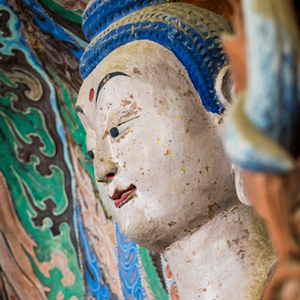 Considered to be the greatest Silk Road site along China’s ancient trades routes to the west, Dunhuang is the “blazing beacon” of the desert.  For over 1,000 years it was the last outpost of imperial China, the gateway into and out of the empire.  Located at the northwestern end of the Hexi Corridor in Gansu province, Dunhuang is the site of several historic landmarks with the Mogao Buddhist Caves being the most significant.  Carved from the 4th century through the 14th century, more than 700 caves have been excavated with close to 500 containing vivid murals and exquisite statuary that tell the tale of Buddhism’s arrival into China.  Travelers can experience the glorious history of the Silk Road as well as the staggering beauty of the Gobi Desert. 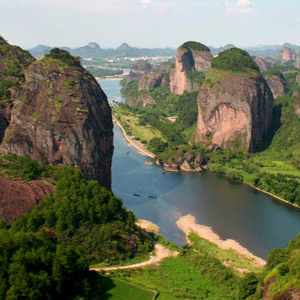 A celebrated saying about Guilin captures the essence of its appeal, “The landscape of Guilin is the finest under heaven”; this is a city celebrated through the centuries in poetry and painting.  Ethereal limestone pinnacles frame a picturesque scene of lush bamboo, crystalline waters and lovely parks.  Perhaps one of the first “tourist” centres in China travelers have been extolling her beautify for centuries.  Surrounded by fertile farmlands, Guilin delights visitors from around the world who come to experience her beguiling physical beauty. 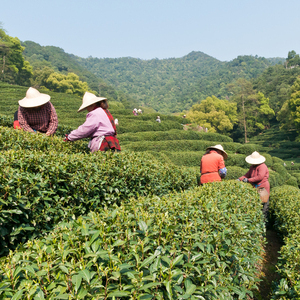 “In heaven there is paradise, on earth there Suzhou and Hangzhou” so goes an ancient Chinese saying referring to the ethereal beauty of Hangzhou.  Today the prosperous capital of Zhejiang province and the most important IT centre for China, Hangzhou was once the capital of China’s Southern Song dynasty (1127 – 1279) and in the word’s of Marco Polo, “the most beautiful city on earth”.  Built around the waters of West Lake and framed by verdant mountains Hangzhou is enriched by lush gardens, terraced hills of tea, bamboo groves and elegant pavilions.  There is no city in China that recalls the elegance of China past, quite like Hangzhou.

Upon a barren rock the British planted their flag in 1842 and, as the story goes, the rest is history.  Part of China since 1997 Hong Kong has weathered the challenges of a changing world but remains a uniquely distinctive city that defies cliché for it is truly where east and west merge to make the best.  A thriving financial hub and still one of the great commercial centres of the world, travelers are now discovering much more. Hong Kong includes over 230 islands in its waters and features 22 nature parks and miles of some of the best hiking trails in all of Asia.  Still a foodie fantasy, shopping mecca and architectural dream, Hong Kong can now add natural wonderland to its rich resume of travel highlights. 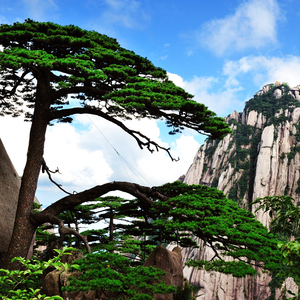 China is a country steeped in the magic of mountains and Huangshan (Yellow Mountain) is beloved above all others. Soaring almost vertically to a summit height of 1,864 metres (6,115 feet) from the fertile rice fields of central Anhui province, Huangshan remains a popular destination for travelers from across China.  They come to ride the cable car to the summit and marvel at the stunning  panoramas, craggy rocks and gnarled pines.  Huangshan is the greatest landscape painting come to life.  While the mountain summit is the most important destination travelers also explore a series of UNESCO World Heritage villages and enjoy the refreshing teas cultivated in the lowlands. 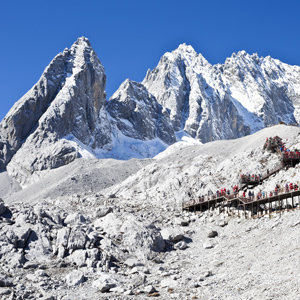 When James Hilton wrote his magical tale of Shangri-La (Lost Horizon) it was Lijiang he turned to for inspiration.  Set on a verdant plateau and nestled by snow-crowned mountains Lijiang is a living landscape painting of remarkable natural beauty.  It is also a UNESCO World Heritage Site with its charming historic “Old Town” a maze of cobblestone streets, quaint houses and bustling markets.  The Naxi people, who are the largest community in Lijiang, still retain their strong cultural traditions that meld Tibetan Buddhist and animistic shamanism to create a compellingly unique culture.  For travelers this is a city and gateway to the staggering natural beauty and cultural treasures of China’s northern Yunnan province.

Now more than ever Shanghai is China’s city of dreams where every young Chinese comes to build a better tomorrow.  With a population of 24 million and a dazzling skyline of towering high-rise office towers, Shanghai is truly impressive. Here more than 30% of China’s powerful GDP is generated and with it comes a city full of energy and possibility.  Visitors enjoy its restaurants, shopping, cultural highlights and modern outlook.  If Beijing is the rock of history, then Shanghai is the surprise that tomorrow can bring. 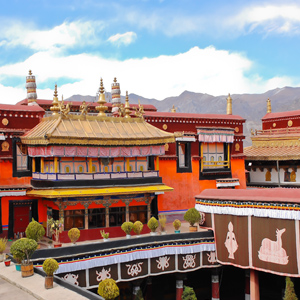 From the golden spires of Lhasa’s temples and monasteries to the lofty peaks of Mount Everest, Tibet is a world apart.  Locked in by the Himalayas and held up by a vast wind-swept plateau, Tibet remains somehow removed from the day to day of international life.   Her people follow the ringing of the temple bell, steeped in devotion and welcoming to all.  For visitors Tibet is without equal for its stunning natural scenery, deep religious devotion and distinctive traditions.  Lhasa is your gateway rich in historic landmarks and magnificent monasteries and temples.  From there explore the vast central plateau with its pilgrimage sites, turquoise lakes and distant snow-crowned mountains culminating in a visit to Mount Everest base camp, the best place on earth to view this mountain marvel. 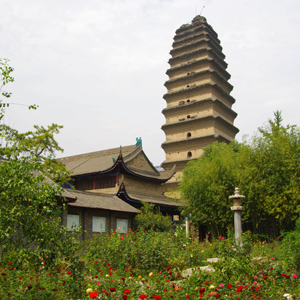 The first cradle of early Chinese civilization, Xi’an has a recorded history of more than 6,000 years.   From the first settled villages of the Neolithic period to the dazzling palaces of the Han (206 BCE – 220 AD) and Tang (618 – 907) dynasties Xi’an flourished as a centre for culture, commerce and civilization.  For more than 2,000 years it served as the capital of 13 different royal and imperial periods and was once the largest city on earth.  It was also the starting and ending point for the fabled Silk Road.  Today visitors from across the world come to Xi’an to experience the wonders of Chinese civilization. 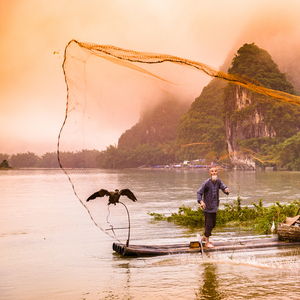 Located down river from Guilin, Yangshuo is said to have the most beautiful scenery in all of China.  A picturesque country town nestled among towering limestone pinnacles along the banks of the River Li, Yangshuo has become the new capital of active tourism in China.  Travelers from around China and from across the world come to experience the bucolic scenery while enjoying hiking, biking, rock climbing, kayaking or rafting.  Far from the madding crowds of the city, visitors can immerse themselves in the beauty of rural China and experience its genuine hospitality. 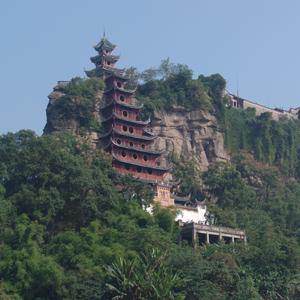 Rising in the icy glacial fields of the Tanggula Mountains in Qinghai province, the Yangzi River is the “mother river” of China.  The river runs for 6,300 kilometres (3,900 miles) making it the world’s 3rd longest after the Amazon and Nile Rivers.  For the Chinese the Yangzi is steeped in myth and an integral part of their cultural make up.  Celebrated through the centuries by poets, painters and travelers, the Yangzi is home to the “Three Gorges” which today are the highlight of any river cruise.  The river also divides China into “north and south” and is home to over 30% of China’s people who live along its course. One of the country’s most productive agricultural regions, it is also the site of the “Three Gorges Dam” located near Yichang, Hubei province which generates electricity to light up the densely populated cities of eastern China.

In 2009 film director James Cameron captured the world’s imagination with his movie, “Avatar” which introduced moviegoers to the mysterious Pandora Galaxy, a world of floating mountains inspired by the landscapes of Zhangjiajie, China’s newest and most popular destination.  Situated in the northwest part of China’s Hunan province, the area includes the Zhangjiajie National Forest Park, which is part of the larger Wulingyuan Scenic Area, a UNESCO World Heritage Site since 1992.  The ethereal mountains, deep valleys, and crystalline rivers imbue the region with an  other-worldly beauty.  Visitors come to admire the scenery and dare themselves to cross the more than 400 metres (145 feet) long glass bridge across a valley more than 300 metres (1,000 feet) deep or walk the circumference of a mountain via the world’s longest glass walkway.  Zhangjiajie is a wonderland of fun and thrills for everyone. 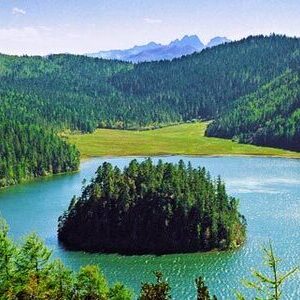 Situated in the far northwest of China’s Yunnan province Zhongdian is also known as “Shangri-La” the traditional heart of Kham, the land of the Khampa Tibetans. Set at 3,300 metres (10,800 feet) Zhongdian is surrounded by verdant meadows coloured by carpets of spring wildflowers while the the mountains around it are coloured in hues of red, yellow and white by  rhododendrons that forest the landscape.  Visitors enjoy the customs and traditions of the local Tibetan people as well as the grandeur of the Songzanlin Monastery, the largest Tibetan Buddhist monastery in Yunnan.  From Zhongdian travelers can continue north to the upper reaches of the Mekong River to view Mount Kawakarpo (Meilixueshan) the most sacred mountain in the province.  Rising to a stunning summit height of 6,740 metres (22,115 feet) the mountain is an important place of pilgrimage for Tibetans from around the world.