Egypt: Land of the Pharaohs

For millennia, travellers the world over have been fascinated by Egypt. The country’s monuments were ancient even in the days of Herodotus the Greek who journeyed to Egypt to see the Pyramids and other great temples of the Pharaohs. Today, Egypt’s rich history has created a tapestry of cultural and archaeological treasures unmatched anywhere in the world.

Filled with awe-inspiring monuments of ancient civilisation as well as some of the best preserved, Luxor is considered the world’s largest open air museum and home to one third of the world’s antiquities making it one of the main tourist attractions in Egypt.

Cairo, Egypt’s capital, is a destination in itself. A bustling and crowded metropolis full of intriguing contrasts – old and new, western and oriental, modern hotels next to traditional bazaars and coffee shops, 5,000-year-old pyramids and 19th century palaces. The Egyptian Museum of Antiquities houses the world’s greatest collection of Pharaonic treasure, including 12 rooms filled with the golden treasures of the boy king Tutankhamun. Travellers can also visit a host of beautiful mosques and churches that reflect Egypt’s rich cultural heritage.

Alexandria, sometimes known as the “Queen of the Mediterranean”, features some of Egypt’s most beautiful Greco-Roman ruins. The haunting wilderness of the Western Desert, with its vast expanses of sand dunes and spectacular desert scenery, is also host to an array of fascinating oasis towns and villages, each with their own culture and ancient monuments.

The Red Sea coast and the Sinai offer superb opportunities for diving and snorkeling, as well as spectacular desert safaris either in 4x4s or on camelback. Saint Catherine’s Monastery is the region’s main tourist attraction, while water sports, PGA-standard golf courses and world-class spas make a spell on Egypt’s coastline a treat for every visitor.

Whatever your tastes - be it snorkeling in the Red Sea, camping in the White Desert or haggling with sellers in the Khan Khalili bazaar - Egypt is a land blessed with diversity and can offer it all. 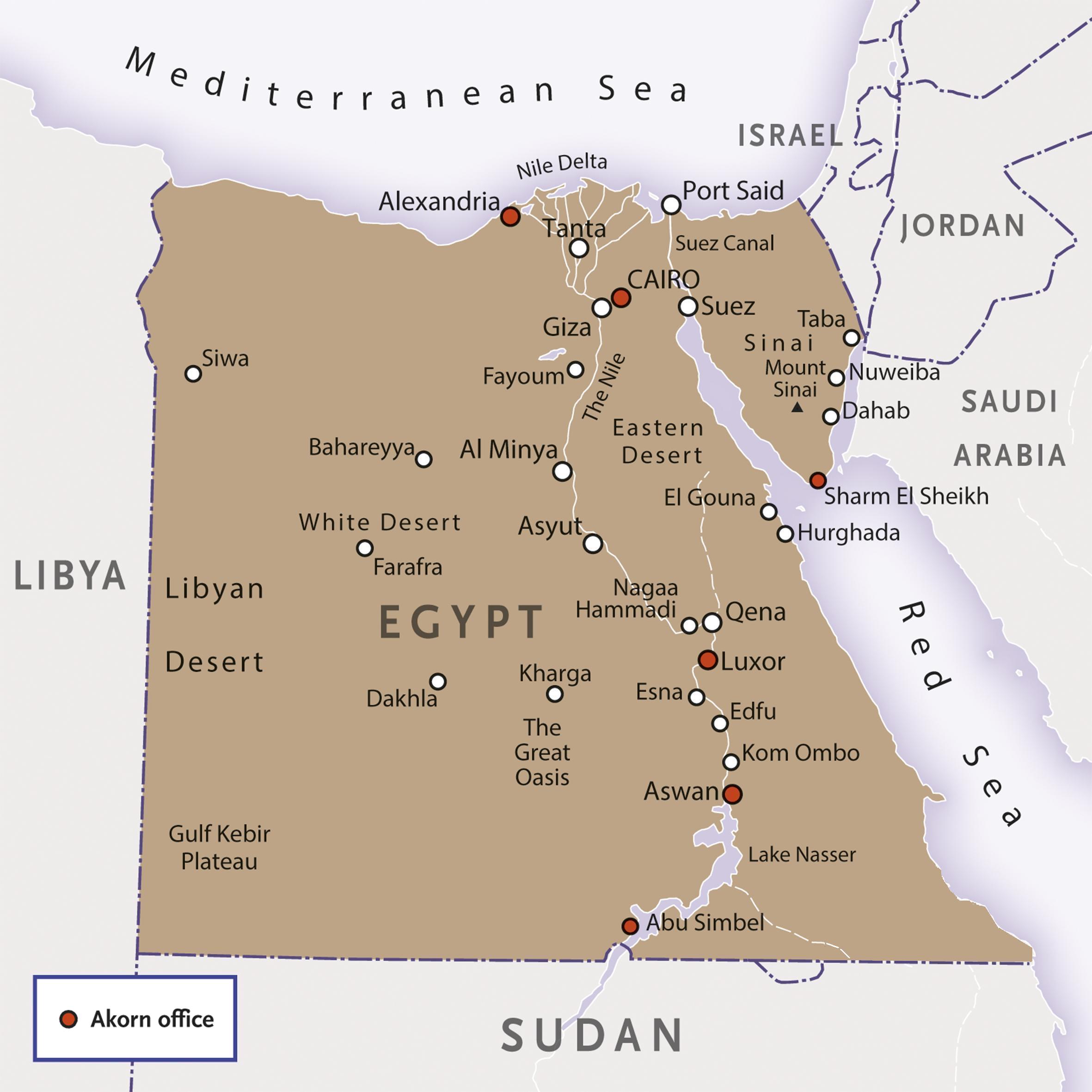