The Himalayan Kingdom of Nepal, bordered by China in the north and India in the south, is a land of sublime natural beauty, of ancient Buddhist monasteries and Hindu shrines, of smiling sherpas and woolly yaks. The Nepalese Himalayas contain eight of the world’s ten highest peaks, including the highest point in the world, Mt Everest. Nepal is the ultimate destination for those who thrive on extreme adventure. Pokhara in the north is a trekker's gateway to the breathtaking Annapurna range where winding mountain paths link picturesque rural villages, making for some of the most beautiful walking trails on earth. Besides trekking, this country offers a host of thrilling adventure sports including rafting, kayaking and mountain biking. However, the lure of Nepal is not just adrenaline and adventure, but also its arresting cultural wealth revealed in its palaces, Buddhist stupas, monasteries, Hindu shrines and pilgrimage spots. The capital city of Kathmandu is home to a remarkable collection of the country’s finest traditional architecture including two UNESCO heritage sites – the Durbar Square and Swayambhunath temple. 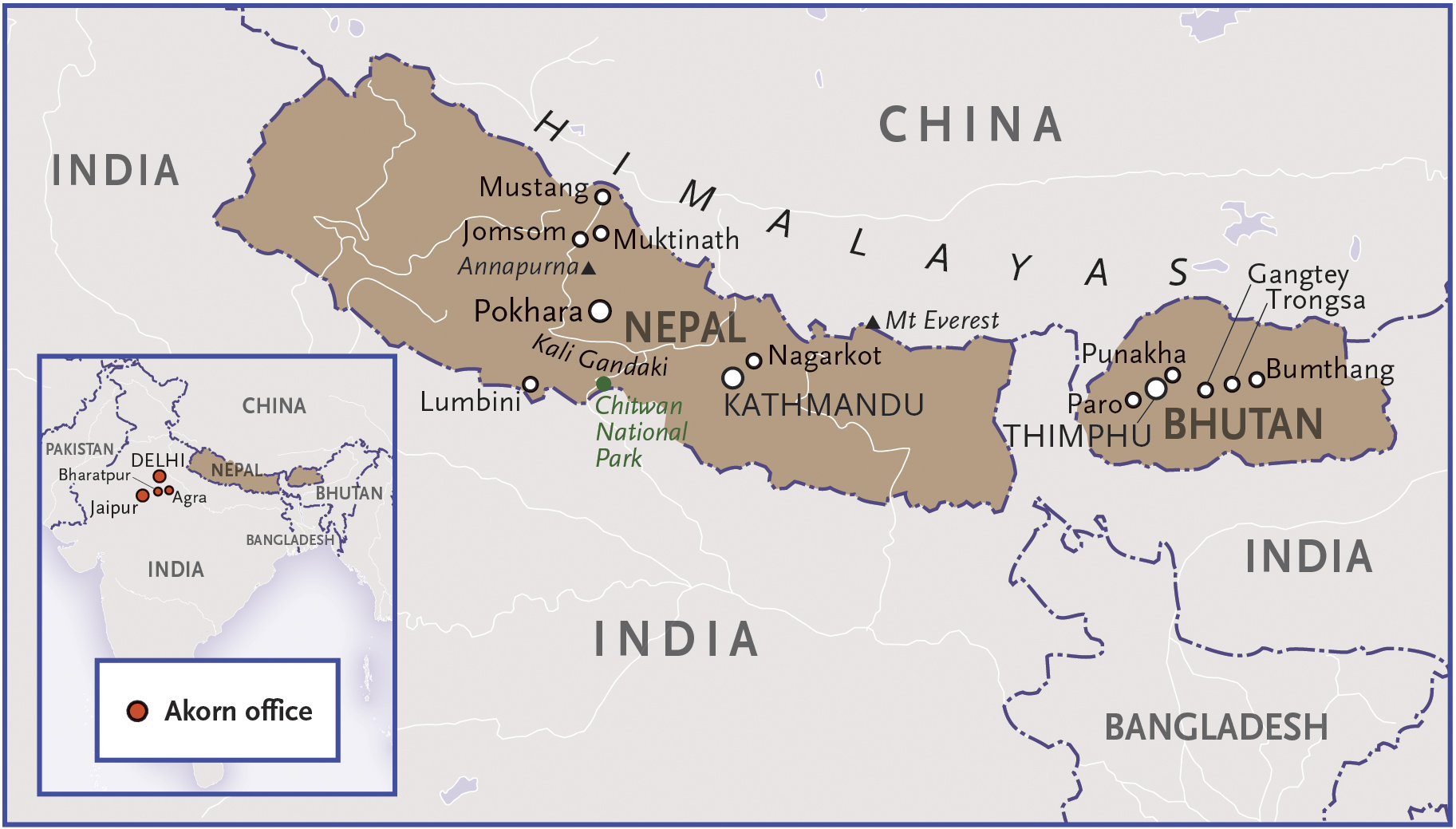