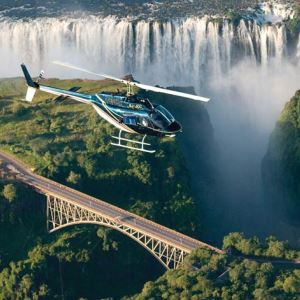 The town of Victoria Falls lies on the southern bank of the Zambezi and has become a focal point for action-packed fun including enchanting sightseeing flights over the falls, which can be done by light-aircraft, helicopter and microlight. Those seeking further thrills can bungee-jump over the Zambezi from the Knife Edge Bridge or raft down one of the world’s toughest stretches of white water. 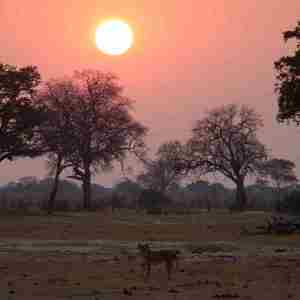 Hwange National Park is Zimbabwe’s largest park covering an area of 14,600 square kilometers. It offers a vast array of vegetation, scenery and game, notably large herds of animals and, in particular, elephant. One of the joys of Hwange is that its wildlife and scenery can be enjoyed by game drives - both day and night - or on foot with armed guides. 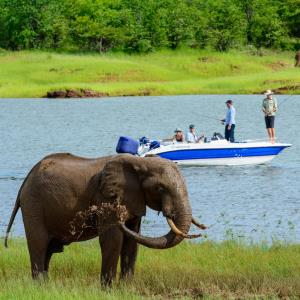 In the late 1950s, the Kariba Dam flooded much of the middle Zambezi Valley, creating one of the world’s largest man-made lakes: Lake Kariba. Known for its excellent tiger fishing, herds of animals that drink from its waters and its exceptional sunsets, Lake Kariba is best explored by houseboat. The valley’s prolific game concentrated on the southern shore, where Matusadona National Park was created. The lake is a superb place to watch the sunset, with the Matusadona Mountains in the background making for an excellent photo opportunity. One of the Matusadona’s greatest features is its bird life with over 240 species having been recorded in the park. 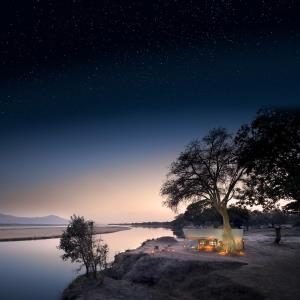 Mana Pools National Park forms part of the lower Zambezi River where the flood plain turns into a broad expanse of lakes each rainy season. During the rains, from January to March, the lodges here are closed and most of the big game animals move away from the river and into the escarpment. They start returning to the riverine areas from around April, as the pools in the bush dry up. As the year progresses, increasingly large herds of elephant and buffalo are seen, as well as kudu, eland, waterbuck, zebra, impala and many other antelope, making it one of Africa’s most renowned game-viewing regions. 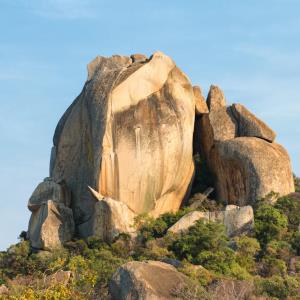 Just half an hour’s drive south of Bulawayo is Matobo Hills National Park. This small, easily accessible game park contains some of the region’s most arresting scenery. Huge piles of red-tinged granite boulders (kopjes) litter the landscape and hidden amongst them is some incredible rock art. These hills were considered sacred by the Ndebele people and loved by Cecil Rhodes, who chose it as his last resting place. Wildlife is found throughout the national park, however, no lion or elephant, meaning that you can walk freely amongst the hills and explore on your own, making it an intimate experience. 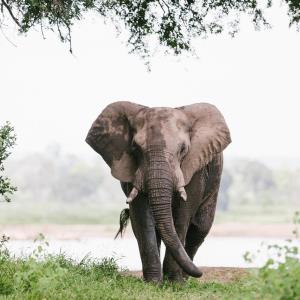 This remote region of south-eastern Zimbabwe borders Gonarezhou National Park. This 60,000-hectare reserve is a haven for wildlife with dramatic gorges, open plains and deep forests providing 38 different habitats and eco-systems. What makes this reserve extra special is that there is only one lodge at its heart; Malilangwe is truly remote and untouched.