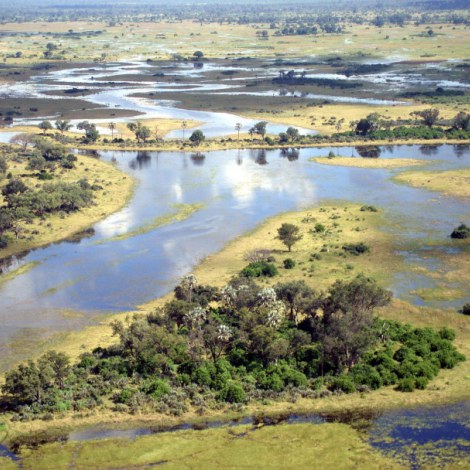 The Okavango Delta is the largest inland delta in the world, and instead of flowing into the sea, the annual flood of fresh water flows inland, spreading over 15,000km of the Kalahari sand in a maze of lagoons and channels. Its headwaters start in Angola's western highlands, with numerous tributaries joining to form the Cubango river, which then flows through Namibia (called the Kavango) and finally enters Botswana, where it is then called the Okavango. 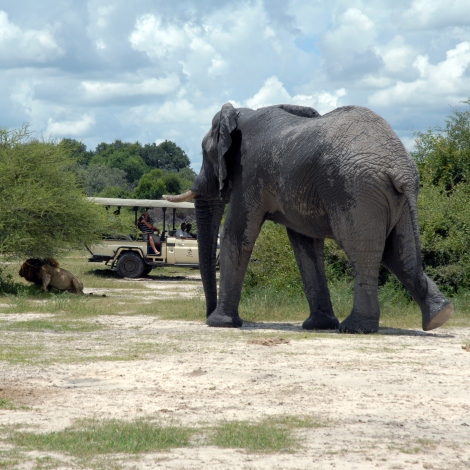 Moremi Game Reserve in the centre of the Okavango Delta is a 3000km² paradise that was initiated by the Batawana tribe and covers some 4,871km², as the eastern section of the Okavango Delta. Proclaimed a wildlife reserve by the Tswana people in 1963, Moremi is undoubtedly one of the world's most pristine wilderness areas. The foresight of the local community has ensured that nature's web has flourished undisturbed, offering a glimpse of the divine, a veritable Garden of Eden. Moremi is a place of lily-covered wetlands, grass plains and forests, where even at the busiest time of year you're likely to be the only spectator at the most dramatic animal sighting. Moremi consists of a network of waterways surrounding two large islands, Chief's Island in the West and Mopane Tongue in the East. The area's diverse ecosystems, riverine woodland, flood plains, wetlands and reed beds, mopane forest and dry savannah woodland are all flourishing, broken only by the occasional jeep track. 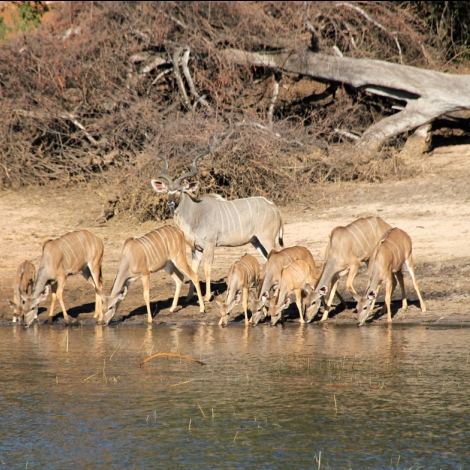 The Chobe river runs along the northern border of Chobe National Park. It rises in the northern Angolan highlands, where it is called the Kwando (a Hambukushu name), and travels enormous distances through Kalahari sands before reaching Botswana;here it becomes the Linyanti (a Subiya name) until it reaches Ngoma where it becomes the Chobe. Like the Okavango and Zambezi, the Chobe's course is affected by fault lines, which are extensions of East Africa's Great Rift Valley. These three mighty rivers carry more water than all other rivers in Southern Africa. 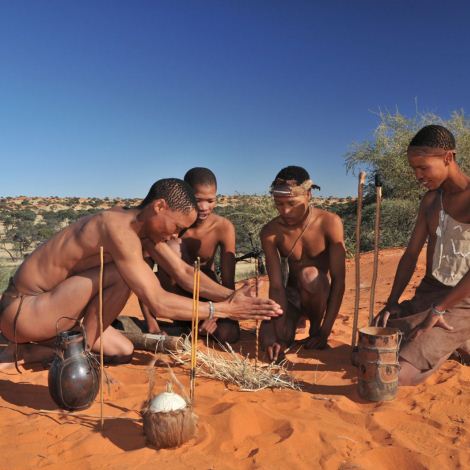 The Kalahari Desert - is not a true desert, but a semi-arid zone, extending from the Orange River in South Africa, to the Southern reaches of the Congo. This seemingly endless expanse of land occupies 70% of Botswana's territory and is home to what remains of a once prolific population of the San (Bushmen) with their world-renowned rock paintings. Animals that live in the region include brown hyenas, lions, meerkats, several species of antelope, and many types of birds and reptiles. Vegetation in the Kalahari consists of dry grassland and scrubby acacias. Grasses thrive in the Kalahari during the summer rainy season. Their survival skills and adaptation to the harsh Kalahari wilderness have become legendary. Today, only a small number of the San follow their traditional way of life in the Kalahari. Modern civilization is threatening the natural resources of the Kalahari.