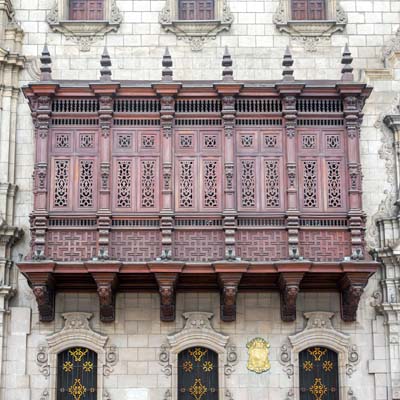 Lima, the "City of Kings", was once the centre of the Spanish-American Empire and today combines old world grandeur with new world hustle. The capital city boasts an impressive repertoire of first class museums and landmarks highlighting the country's cultural heritage and makes for a perfect introduction before heading into the provinces. To the south of Lima, Peru's famous Nazca Lines are found etched into the desert landscape. Best viewed from the air, a light aircraft can be taken from the city of Ica, a three hour drive from Lima, allowing for the lines to be seen in their full glory. 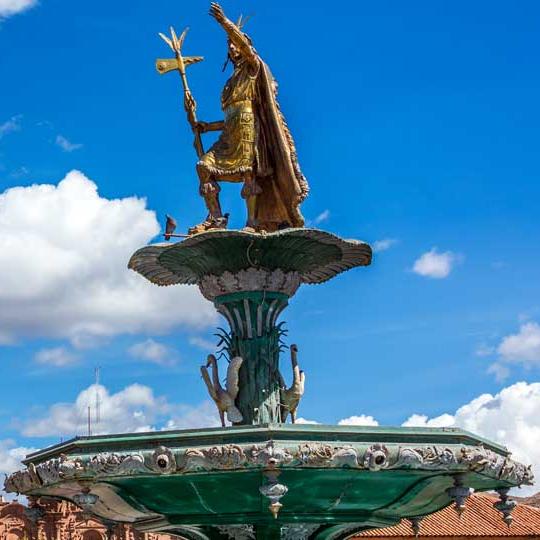 Cusco is an extraordinary testament to Incan civilisation and was once the administrative centre of this empire that stretched through much of South America. The gateway to the heart of the former empire, Cusco offers access to the Sacred Valley and Machu Picchu, as well as an impressive array of Incan ruins such as the nearby fortress of Sacsayhuaman which overlooks the city. It also offers a range of Spanish-influenced architecture with the 450-year-old cathedral and the La Compania church amongst many fine examples. Perhaps the building that best represents the blend of Incan and Spanish influence is the Koricancha –the former Temple of the Sun which has been converted into a church while retaining much of the original Incan structure. Located at almost 3,400 metres (11,000 feet) above sea level a little acclimatisation is recommended before venturing out to discover the city and its people. 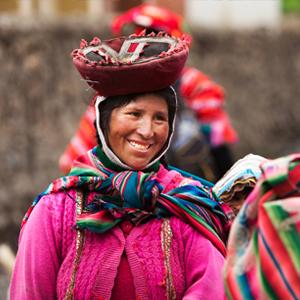 Fast becoming a destination within itself, the Sacred Valley of the Incas has something to offer all travellers. Located within an hour of Cusco heading towards Machu Picchu, the Sacred Valley was once the bread basket of the Incas and is now made up of an eclectic mix of market towns such as Pisac and Chincheros, impressive ruins like the mammoth fortress at Ollantaytambo, and a patchwork of rural land flanked by the mighty Andes. A visit to the valley provides an excellent look at rural Peru whilst offering great opportunities for the active traveller such as rafting, cycling, hiking and horseback riding. Located at 2,700 metres (8,860 feet), the Sacred Valley offers accommodation options in the Cusco region for travellers concerned about the higher altitude of the city itself. 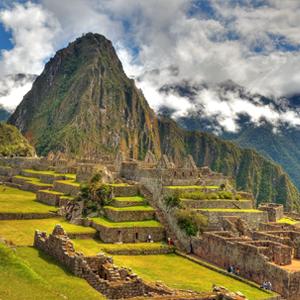 Overlooking the raging Urubamba River at 2,350 metres (7,710 feet), the Incan citadel of Machu Picchu remained undiscovered by western civilisation until Hiram Bingham's extraordinary rediscovery in 1911. Following Bingham's find, excavations at the site revealed a plethora of articles once belonging to the Incas including skeletons, artefacts and woollen clothing, but no gold. Voted as one of the New Seven Wonders of The World, Machu Picchu provides a breathtaking insight into the Inca way of life and an opportunity to marvel at the extraordinary task of building with such intricacy when the Incas had not even discovered the wheel. However its destruction shall forever remain a secret as the Incas left no written records.

Located on the high plateaus of Peru's Southern Andes, Lake Titicaca is the world's highest navigable lake at 3,812 metres (15,500 ft) as well as South America's largest. Once the centre of the formidable Tiawanaco culture that flourished long before the Incas with its centre in present day Bolivia, the area maintained its importance moving into the Incan age. According to local folklore, Mama Ocllo and Manco Capac, the first two Incas rose from the lake's depths before descending to Cusco and establishing the roots of the empire. Today the lake is mostly visited for the floating reed Uros Islands and the people who live there, or the opportunity to visit one of the two island communities on Taquile and Amantani. 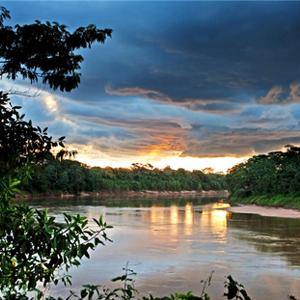 Located in the east of the country the Peruvian jungle is split into two distinct regions. To the north, the city of Iquitos is the access point into the Amazon basin and was once an important city in the rubber boom of the early 20th century. Today, impressive mansions still dot the city including the Iron House designed by Gustave Eiffel, the architect of the Eiffel Tower. To this day the city remains cut off by road and sits on the Amazon River, providing the gateway into the Pacaya Samiria Reserve which can be explored either by boat or from one of the jungle lodges deep in the forest. Upon arrival at any of the lodges an immense world of flora and fauna opens up to the visitor that is often best appreciated from above by traversing the nearby system of canopy walkways which is currently the world's largest. To the south, Puerto Maldonado is accessed by a short flight from Cusco. Although offering more rustic accommodation than the northern Amazon, the incredible biodiversity more than makes up for this, with over 1,000 species of birds, 15,000 species of plants, 13 species of monkeys, caimans and the elusive jaguar found in the nearby Manú National Park. Indeed, it is no wonder that Puerto Maldonado and Tambopata have been described as the biological capital of the world. 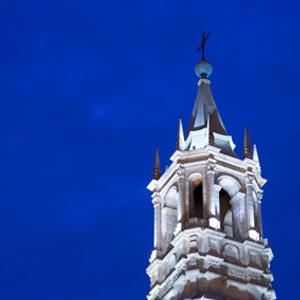 Arequipa is perhaps most famous for being the centre of the world's Alpaca industry. Known as the 'White City' for the use of the volcanic rock sillar in the local architecture, Arequipa has been heavily populated since pre-Hispanic times and is currently the country's second most important urban centre. The city displays a mix of outstanding architecture such as the Santa Catalina convent and fantastic views of the towering Misti Volcano standing guard over the city. From Arequipa, the road leads inland across the highland savannah and provides excellent opportunities to see the vicuña, an endangered species of camelid. Take in the impressive volcanic landscape before dropping down into the cavernous Colca Canyon, one of the world's deepest at 3,182 metres (12,506 ft). Upon arrival, a journey to the Condor Cross affords the opportunity to see the elusive Andean condor gliding on the thermals as well as enjoy the view over the canyon and its terracing. 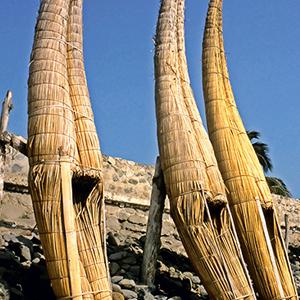 A journey off the beaten path to Peru's north is a rewarding experience for those looking to learn about Peru's pre-Inca past. Chan Chan, the world's largest adobe city (approximately 20 square kilometres) is situated just outside the coastal city of Trujillo and provides fascinating insight into the Chimu culture that existed from the 9th century until their conquest by the Incas. Further south, one of Peru's least visited but most impressive treasures can be found just outside Chiclayo. The Lord of Sipan is cited as one of the most important archaeological discoveries of the last 30 years, uncovering a tomb containing over 400 jewels as well as ornaments made of copper, silver and a solid gold burial mask. The tomb is thought to be the burial site of a high ranking warrior of the Moche culture, and has been described as the Americas' King Tutankhamun. For the keen archaeologist or historian the opportunity to visit Cajamarca (where the Inca king Atahualpa was captured by the Spanish) or the Chachapoyan ruins of Kuelap is irresistible but only suitable for extremely adventurous travellers owing to the more basic tourism infrastructure in these areas.