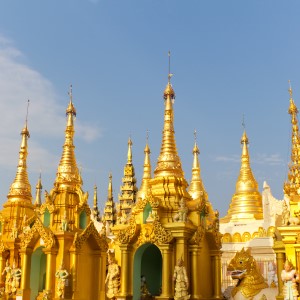 A city deeply connected with its cultural heritage, Yangon was the nation's capital for over 100 years and offers a dynamic experience of contemporary and colonial vibes. The city is built on a grid with wide, tree-lined boulevards framed by stately old buildings and glittering gold pagodas teeming with tradition. Blessed with charming tea shops, modern eateries and bustling markets, the city buzzes with a chaotic street culture and burgeoning arts scene. 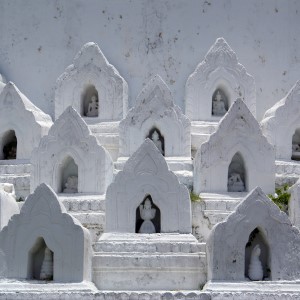 The last royal capital of the Burmese kingdom, Mandalay is considered the spiritual and cultural center of Myanmar. Monks in burgundy-colored robes and nuns shrouded in pink flock to the city and the nearby Mandalay Hill, a sacred pilgrimage site covered with hundreds of temples, shrines and monasteries. The ritual arts also thrive here, with several centers of skilled craftsmen in the city producing religious relics such as gold leaf paper, bronze alms bowls and marble statues. 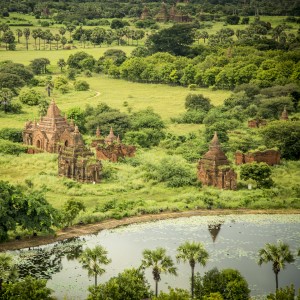 A magnificent plain of over 2,000 pagodas, temples and stupas, Bagan was the 11th century capital of Myanmar where the rulers of the Pagan kingdom prospered for over 250 years. The vast, golden plain and its sacred archaeological treasures are interspersed between small, humble villages and old-world communities where centuries-old customs and traditional lacquer arts continue to thrive. 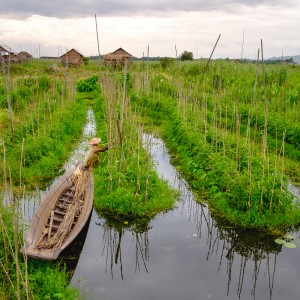 Nestled in the foothills of the Shan mountains, Inle Lake is Myanmar's sparkling natural jewel framed by quiet countryside, stilted houses and floating gardens. Simply compelling with picture-perfect scenes of crystalline waters backed by undulating mountains, the lakeside villages embrace a slower pace of life while the native Intha people go about their traditional lives of farming and fishing. 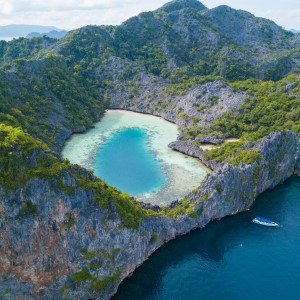 A paradise of over 800 islands surrounded by turquoise waters, the Myeik Archipelago is one of the few remaining corners of the world that has been largely untouched by modernity. Situated off the coast of southern Myanmar, the region is best explored by private chartered cruise and offers amazing encounters with pristine islands, white sand beaches and crystal clear lagoons backed by lush tropical vegetation.