Peru: Home of the Incas

Peru is a destination that has always evoked strong and dramatic imagery – the Incas, the Amazon, the Andes, the mighty condor, and Lima, “the City of the Kings” and former colonial capital of the Spanish New World. Indeed, there are few countries on Earth that can provide such a scintillating blend of history, culture, landscape and wildlife under one flag.

Whilst Cusco and Machu Picchu feature on most itineraries to Peru, they are just the beginning of what this country can offer throughout its three distinct climatic regions. Peru’s desert coast is the drawing board for the mysterious Nazca Lines just to the south of the capital Lima, as well as the nearby Paracas wildlife reserve, host to flamingos, sea lions and even penguins. Moving east, the landscape rises dramatically into the Andes with spectacular snow-capped peaks reaching heights of over 6,500 metres (21,300 feet) and valleys sheltering the Andean cities of Cusco, Ayacucho and Arequipa, amongst others. To the east of Arequipa, the cavernous Colca Canyon plunges to depths of over 3,400 metres (11,333 feet), twice as deep as the Grand Canyon, whilst Lake Titicaca, the supposed birth point of the first Incas, straddles Peru’s southern border with Bolivia at a breathtaking 3,810 metres (12,500 feet). Continuing eastwards, the Andes eventually give way to the Amazon rainforest, one of the world’s most bio-diverse regions where wildlife including 30 species of monkey, pink dolphins, giant otters, tortoises and the occasional jaguar are all on the list of possible sightings.

From desert to jungle, the Incas to the Spanish Conquerors, Peru is a destination where something can be found to fascinate both the experienced adventurer and the novice traveller. 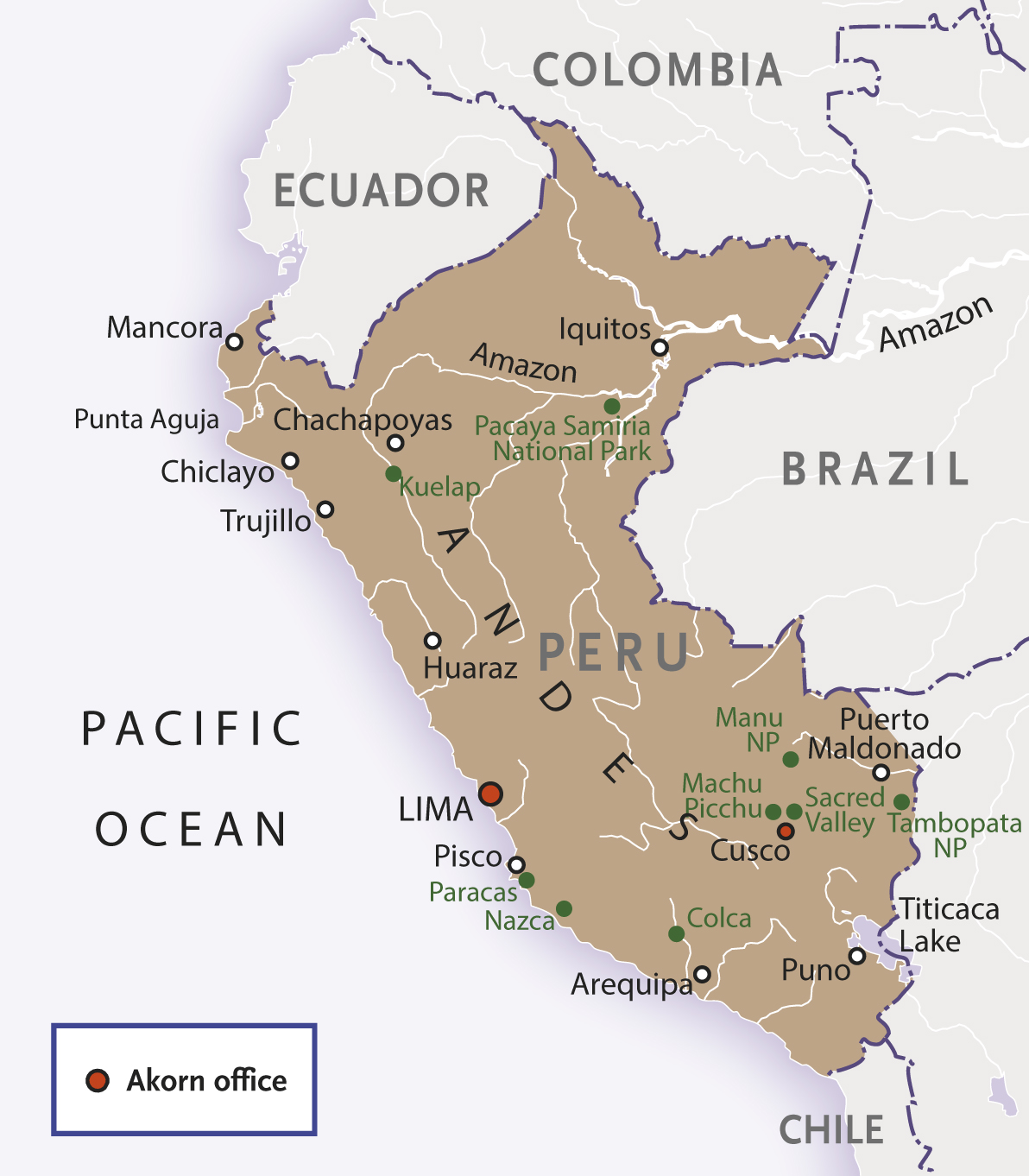